A simplified way to assess the Heat Release Rate

The Heat Release Rate (HRR) is a fundamental parameter to describe the fire hazard. A simplified method to estimate HRR is analyzed in order to rapidly assess a fire hazard in FDS. Generally, in fire engineering, a the traditional fire development curve approximate the behavior of the HRR.

The Heat Release Rate (HRR) is the rate expressed in MW at which the combustion produces heat and the thermal power is released [1]. Its equations govern the amount of heat released within time and it assess the design fire size.

Only appropriate test are able to measure the actual heat release rate produced by the combustion of an item. In FDS the HRR can be simplified by means of the conventional fire development curve, which consider an overestimation of approximately 20% respect to the effective HRR [2].

Here it is exposed a simplified method to estimate the heat release rate and its traditional fire development curve, as indicated by the Italian Fire Code [3] and the Eurocode 1991-1-2 Appendix E [4].

Generally, four stages describes the conventional Heat Release Rate curve: incipient, growth, stationary phase and decay. Flashover is a rapid increase in fire growth and consequently sudden transition to a fully developed fire. The times in which the fire development stages follow one another are:

A real fire don’t always follow the behavior described by the conventional fire development curve. In reality, the fire growth speed, peak heat release rate, and duration of burning depends on the type of fuel and the ventilation availability.

The following expressions are able to describe the typical stages of the fire development for fires where no suppression takes place.

For instance, the Eurocode 1 UNI EN 1991-1-2 Appendix E define some values of tα for different occupancies, as shown by the following table E.5 [4]. Ultra-fast fires the value of tα is 75 seconds. For occupancies not included in the Appendix E or literature, the evaluation of tα depends on the expertise of the developer.

In the stationary phase of the fire hazard the HRR is steady and remains constant at its peak value till the decay phase starts.

The HRR maximum value depends on what governs the fire development. Fuel o ventilation can control the fire growth of a fire hazard.

Known the value of HRRmax, determine the time in which the stationary phase of the fire (tmax) starts as follow:

The fuel controlled fire depends on the amount of fuel available and the lack of oxygen limits its growth. Therefore, the fire growth only depends on the fire load area:

The fire’s stationary state ends at tdecay, time in which the decay starts and 70% of the initial thermal energy (qf x Af) is released, where qf is the fire load.

If the initial thermal energy is sufficient to overcome the propagation phase and reach the heat rate release maximum value:

Therefore, calculate the time in which the stationary phase finish and the decay stars, as follow:

If the initial thermic energy is not sufficient to overcome the propagation phase, than the HRR curve will reach the peak and then directly starts to decay.

Consequently, The decay phase start at tdecay and will finish at ttot when the thermal energy released is null.

Ttot is calculated taking in consideration that the remaining 30% of the initially available thermal energy is consumed:

The following equation describes the HRR curve trend of the decay phase:

For more information about the Cloud HPC and FDS, check the cloud hpc blog.

Often users ask how much a simulation on cloudHPC is when using FDS. To this question the reply is generally articulated and this post investigates the main parameters that influences your simulation cost. cloudHPC pricing Read more… 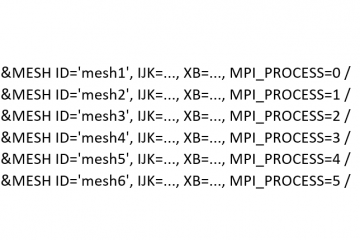 One of the main challenges when running a complex FDS analysis is the simulation time. Long simulation time usually depends on the high amount of calculation and available computational capacity allocated. The dimension of the Read more… 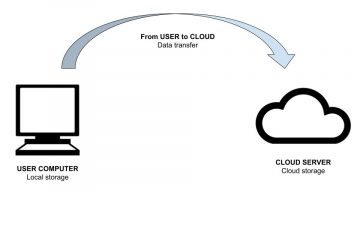 CloudHPC data security is a very important task to guarantee. In an cloudHPC system like ours we often deal with massive data coming from engineers which can be under NDA (Non Disclosure Agreement) between users Read more…